Thibaut-Janisson was born from a long friendship that began in a Grand Cru village in the Champagne region of France. Thibaut and his friend Manuel Janisson, both from champagne-producing families in the town, started in the family businesses at a young age. When Thibaut came to work in California in 1983, he had already spent a few years working in Australia, and Janisson was looking for some experience working in California. Thibaut arranged for Janisson to come work with him, and the two young men began talking of one day producing a sparkling wine together. About 25 years later, they agreed that Virginia would be the place to do it.

Thibaut came to Charlottesville with his wife in 2003 to consult at Kluge Estate Winery. In 2005, after seeing the potential for Virginia sparkling wine, Thibaut and Janisson began their joint venture, and in 2007 they had the first release of their nonvintage Blanc de Chardonnay. Virginia Fizz sparkling wine followed in the spring of 2011, the X-Tra Brut in 2013, and the Blanc de Noirs in 2015.

The grapes are sourced from the Monticello AVA (American Viticultural Area) as well as from some of the best vineyards in the state of Virginia.

The wines are produced at Veritas Winery in Afton, Virginia, west of Charlottesville. 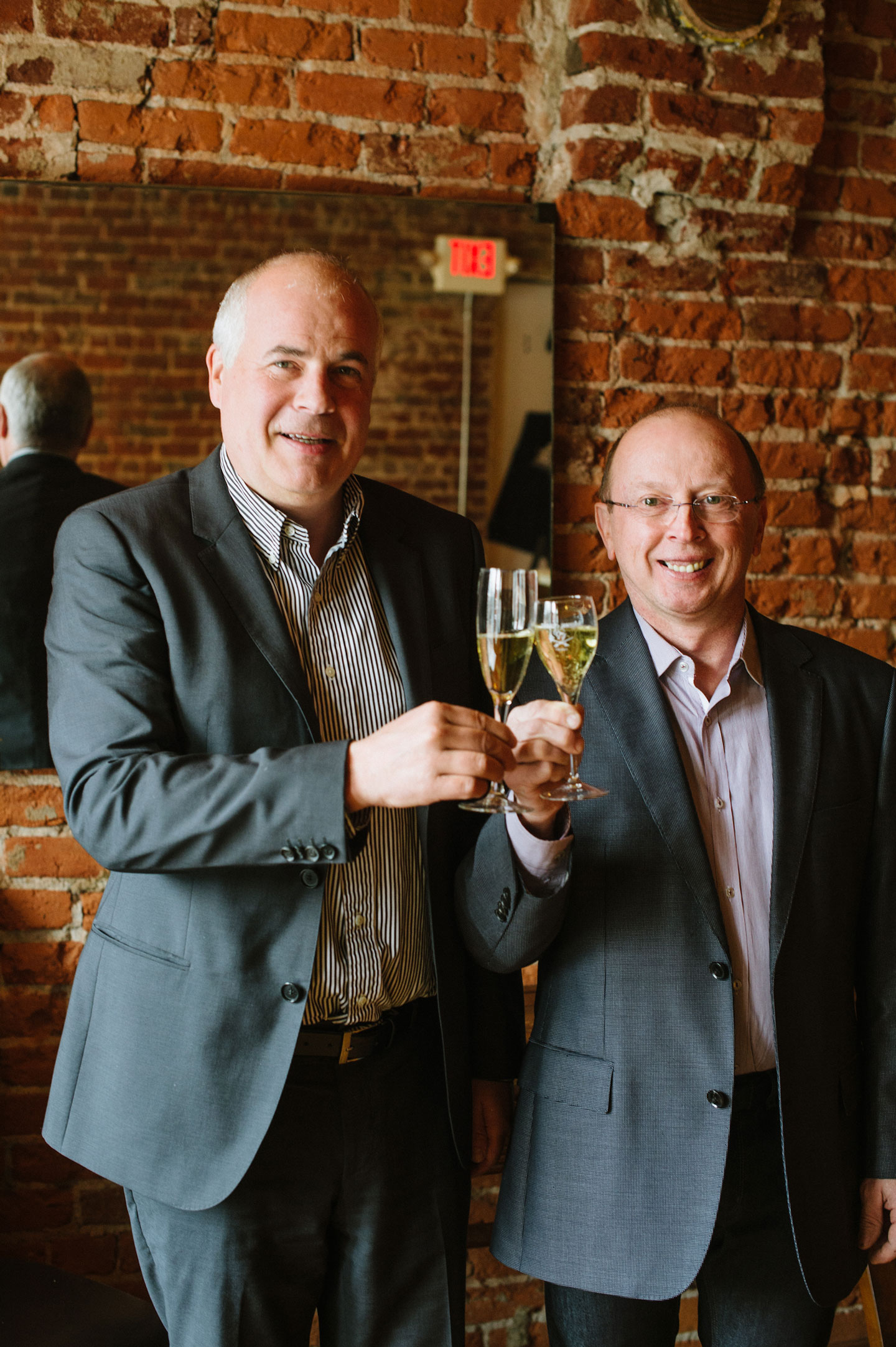 Master of the methode champenoise, Claude Thibaut moved to Charlottesville, Virginia in 2003, joining a local winery as a consultant to spearhead the creation of a sparkling wine. In 2005, he started his own label in partnership with Manuel Janisson, producer of the Champagne Janisson & Fils. The first vintage was released in November 2007 under the brand: Thibaut-Janisson Blanc de Chardonnay.

Thibaut’s career spans 25 years of expertise in all aspects of winemaking with valuable years spent in major wine markets including his native France, Australia and California. Since he graduated over two decades ago from the University of Reims in the heart of France’s Champagne region, Thibaut has demonstrated superlative ability in the production of premium sparkling winemaking in regions outside of France. Using his skill with the methode champenoise – a double fermentation process that creates the bubbles found in Champagne and sparkling wines- Thibaut has developed a reputation for his commitment to excellence and professionalism, making outstanding wines and receiving numerous local, regional and international awards. Thibaut has worked at some of the most exciting emerging wineries around the globe, including the Kendall-Jackson, Jordan and Iron Horse wineries in California as well as Champagne Vve Devaux, Bar sur seine, France and Yarra Bank, Victoria Australia, where his wines were voted “Best of the Best” in the 1995 Australia and New Zealand Wine Guide.

The Janisson Family winery started in 1920’s with Manuel Janisson’s grandfather vision to produce his own wines from the vines that he grew in Verzenay, France. Starting with small acreage and buying fruit from his neighbors’, his vision and labor produced a signature style, which stands today as Champagne Janisson & Fils Tradition.

Manuel grew up within the winery and was tutored in all facets of the operation, from vineyard management, winemaking, negotiating for grapes, to selling and delivering of the Champagnes the winery produced. The early 90’s gave Manuel with the opportunity to enlarge his vision to carry on the quality and tradition that he inherited. He invested in more land for vines, built a state of the art winery and put his experience as a negociant and businessman to the forefront, allowing for the expansion of his family Champagne.

Today the family tradition of winemaking continues. Manuel and his wife Marie-Eve’s three children are learning the heritage, tradition and the business of Champagne. Champagne Janisson is proud to present a range of quality Champagne, recognized and greatly enjoyed internationally from Europe, Great Britain, Asia and the United States.